Thinking of Getting a Burglar Alarm? 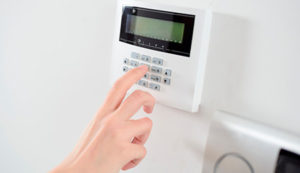 Being a homeowner is one of the things that Americans take the most pride in in life. It gives you a sense that deep down, you’re really providing for your family to give them a great life. Part of the investment that you have in your home is protecting it. It’s your castle. It’s your safe haven. It’s a place that your family trusts being without intrusion. That means that once that trust is violated, it’s hard to feel safe in your own home again. That’s why many people rely so heavily on burglar alarms to make sure  that their home stays safe. Want to know why burglar alarms work wonders for homeowners? Here are three reasons why burglars are incredible at preventing crime in and around your house.

Burglars aren’t dumb. People often confuse the burglars from TV shows that always get caught with the ones that exist in the real world. For a criminal,  finding a house that’s worth robbing is all about risk minimization. They have to weigh the fact that they might spend years and years in prison for committing a crime against the fact that they want the money they get from stealing from it. Do you know what the biggest turnoff for them is when they’re deciding which house to rob? It’s a burglar alarm. They immediately know that your house is high risk so they write it off as an option. This deterrent is invaluable for any homeowner that wants to be protected.

When a burglar alarm is tripped, it’s only a matter of time before the police are called. Because the burglar that breaks into your house doesn’t know the secret code to deactivate it, the police are called within thirty seconds, and help is on the way. The risk involved with only having thirty seconds not only increases the fear of the robber, it also minimizes the amount of things that they can steal, making it completely not worth it for them to steal from your place. The quick response time from the system and the police make it a great option for any homeowner.

Having a burglar alarm is like an invisible forcefield in your home. A home security system dares the criminal to take a huge risk by trying to break into the house. Because of this, criminals don’t even end up bothering with stealing from the home.  If you want to make sure that you’re home is protected and that you and your family remain safe, a home security system is one of the best ways that you can get the job done.

Protect Your Home With a Burglar System

If you want for your home to feel safe for you and your family, you need to get a burglar system for your home. Even if your home is big, you should go for a large estate security system. Not just because the police will be called quickly if there is a break in, but because a house is much less attractive to criminals if it’s protected. That means that you’re going to have peace of mind every single day, even when you’re out on vacation. The value of a home security system is intangible, so make sure that you’re making an investment in one. You’ll be glad that you did.